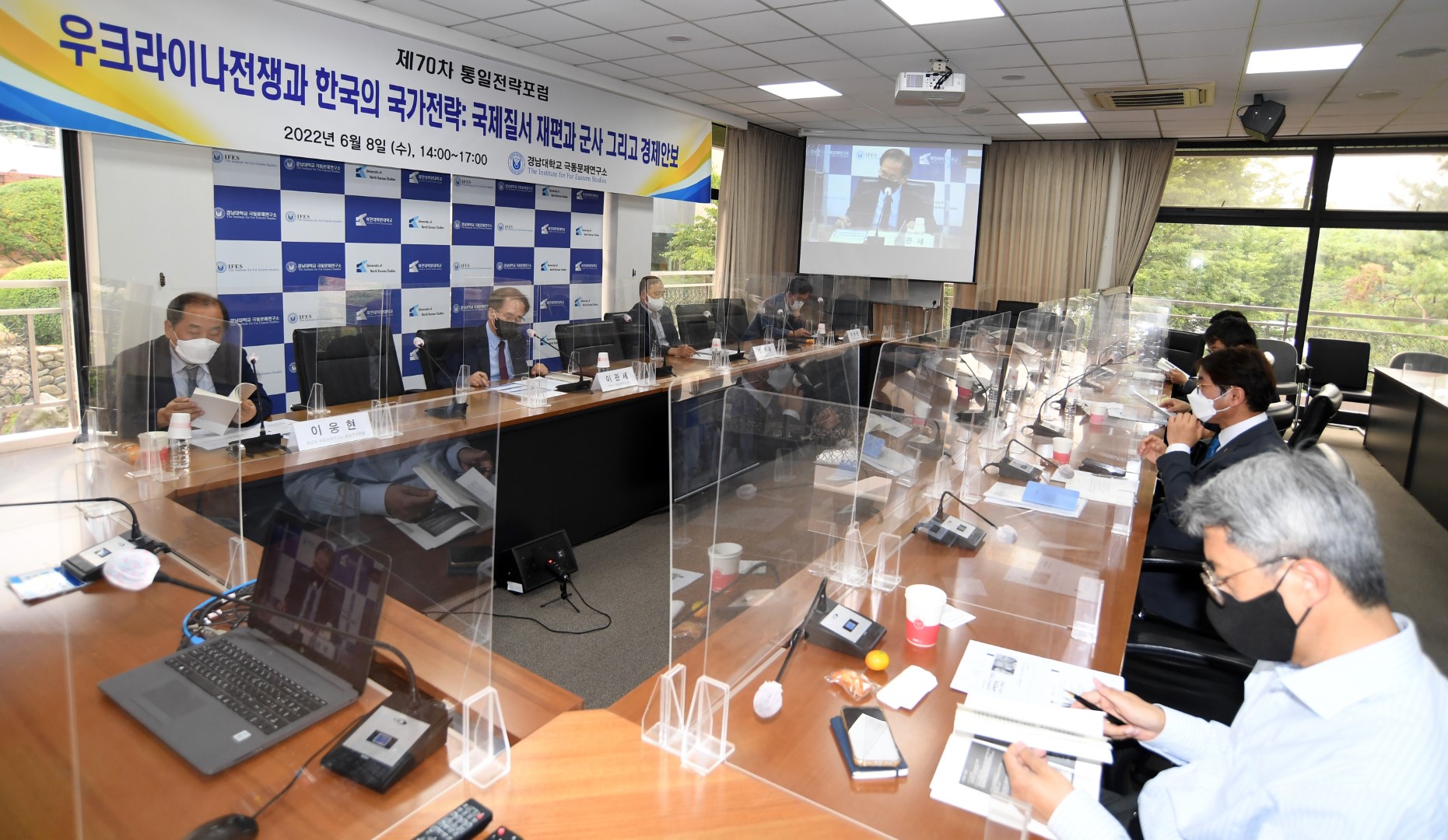 This past June 8, 2022, the Institute for Far Eastern Studies (IFES) of Kyungnam University held its 70th Unification Strategy Forum. Under the title “The Ukrainian War and Korea’s National Strategy: Reorganization of International Order and Military and Economic Security?” the forum brought together Korean experts to discuss the ramifications of the ongoing conflict in the Ukraine.

In Session 2, “How to Respond to the Expansion of the Concept of Security Sparked by the Ukrainian War?” two presentations were likewise given: the first by Doo Jinho (Senior Researcher, Korea Defense Research Institute) on “Intensifying Arms Race and Threats to the Security of New Technologies Following the Ukrainian War”; and the second by Lee Seung Joo (Professor, Department of Political Science and International Studies, Chung-Ang University) on “The New [South Korean] Government’s Perception of Economic Security and the Direction of Foreign Policy.” The presentations were followed by a discussion provided by Park Young-Jun (Professor, Graduate School of National Defense, National Defense University), Kim Ho-Hong (Director of New Security Research Center, National Security Strategy Institute), and Cho Jin-Goo (Professor, IFES).

The forum was conducted in Korean via Zoom-webinar format.

A pdf of the proceedings manual for the forum can be found here: