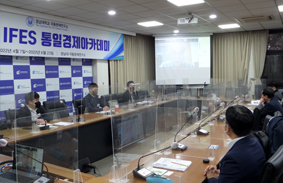 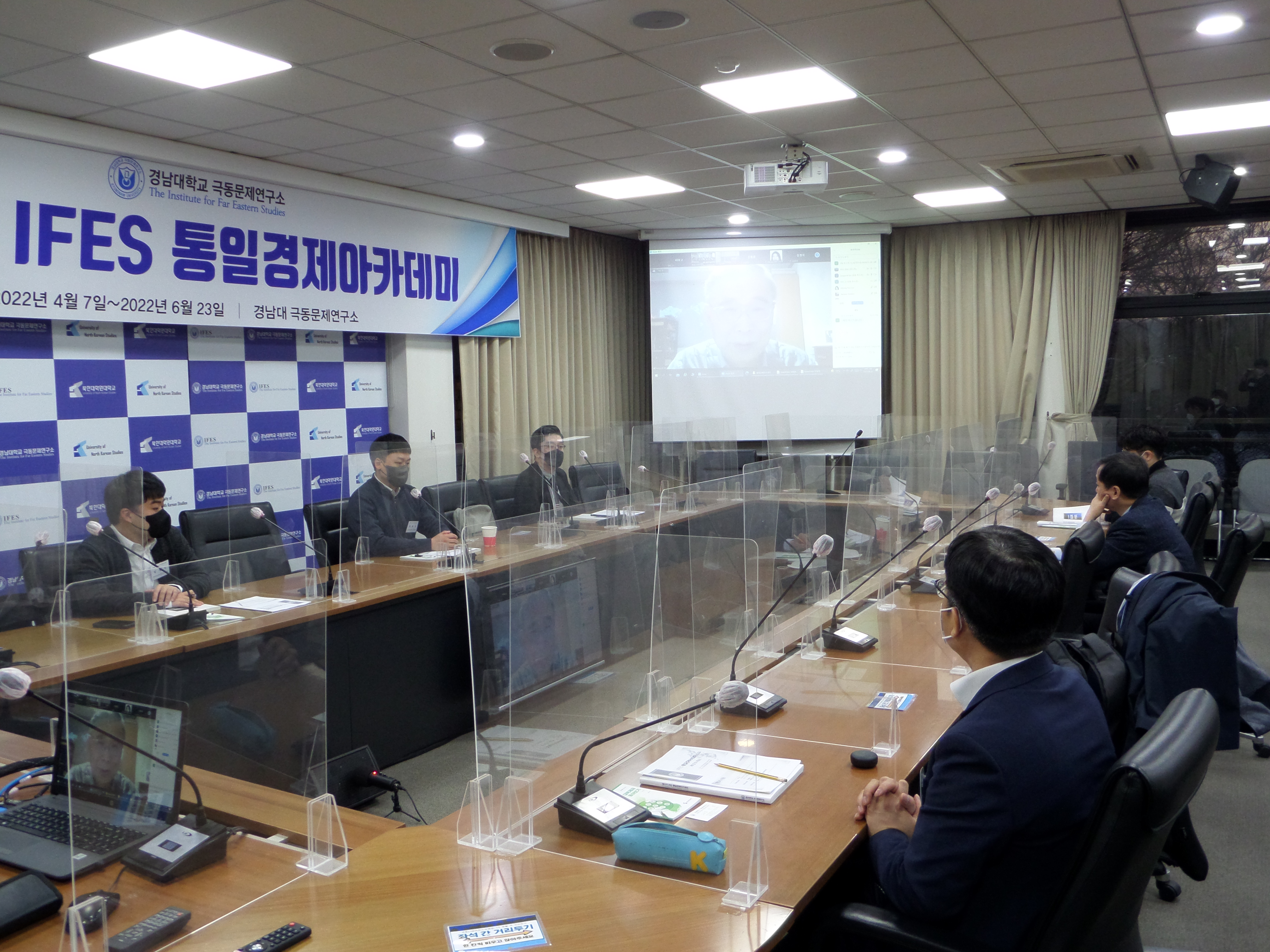 The Institute for Far Eastern Studies, Kyungnam University (Director Kwan-Sei Lee) opened the 13th “IFES Academy of Korean Unification Economy” on April 7 (Thu) at the conference room of the Institute in Jongno-gu, Seoul.

Director Lee Kwan-Sei gave a welcome speech at the opening ceremony, stating that the need for analysis and evaluation of the overall economy of North Korea, which has entered the third year after closing the border due to the COVID-19 pandemic, is increasing, revealed the purpose of opening the academy.

Then, former Unification Minister Lee Jong-Seok gave a keynote lecture on the topic of “Changes in International Order and the Korean Peninsula”.

Under the main theme of “Evaluation and Prospect of North Korea’s economic durability,” the 13th Academy will hold a total of 11 lectures until June 23rd.

▲ Level of self-reliance by major industries in North Korea

Hak-Moon Byun (Director / Research Center for Peace and Unification, Movement for One Korea)